AECI Mining Explosives has acquired full ownership of Brazilian explosives company Dinacon in April this year as part of its international expansion strategy, which will give the company an increased presence in South America.

The acquisition includes a bulk emulsion and packaged explosives manufacturing plant, as well as distribution and storage facilities in São Paulo, Brazil. 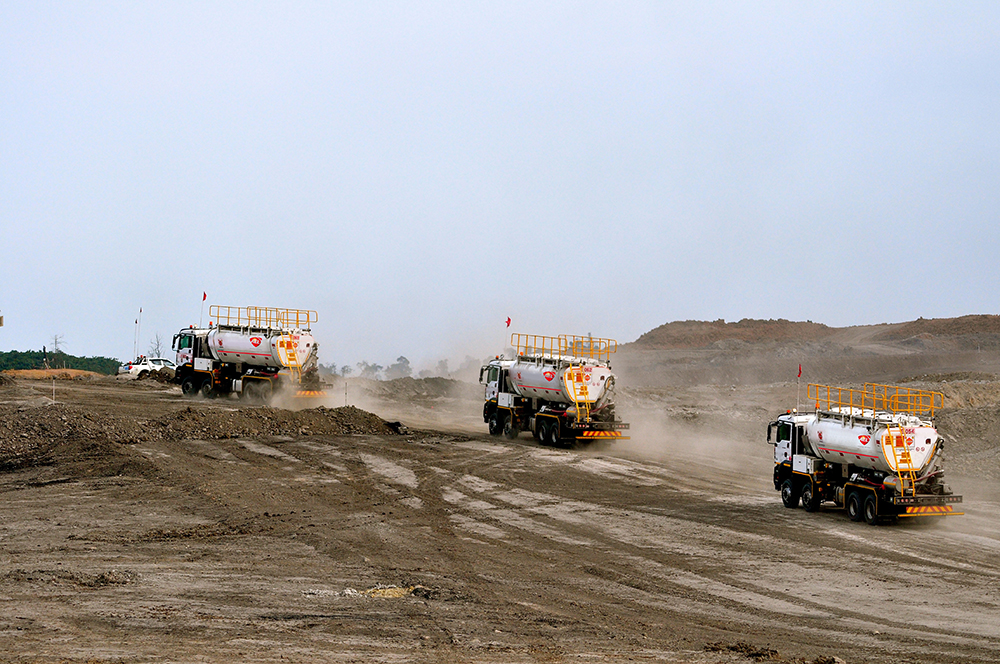 The transaction, which was implemented through a judicial recovery process, has been finalised and is expected to take effect in the third quarter of 2019. Dinacon Lorena will then be rebranded as AECI Mining Explosives, as trading will start under the AECI Group of Company’s Latin America (Latam) banner.

With the mining sector being a significant component of Brazil’s economy, we would be able to leverage its experience in open-pit and underground mining from its operations in Africa, Australia and Indonesia.

The acquisition will support AECI’s Latam operation that has focused on the distribution of fertiliser additives for agriculture, explosives surfactant technologies and mining chemicals for ore beneficiation.

Dinacon has supplied explosives mainly to the Brazilian civils and construction industry, and its involvement in the Brazilian mining sector up until now has been limited.

“It is the first of its kind for AECI Mining Explosives in Latin America and represents an ideal platform to grow the AECI Group’s Mining Solutions business in the rest of the region,” Goncalves enthuses.

We have successfully conducted and completed trials during which its explosives, initiating systems capabilities and expertise were evaluated at selected South American mining operations. The trials were done as part of an extensive qualification process that began in 2017, which larger mining companies require of explosives suppliers.

Owing to the successful trials, the company was invited to participate in several tenders for these mining operations, with the bidding process having started in December 2018.

“The qualification of AECI Mining Explosives as being a reputable explosives company with the necessary know-how and complete product and service offering has been a critical milestone to achieve among the larger mining houses in the Latin American region,” says Goncalves.

“These unique operations employ advanced mining methods where the know-how and expertise of the explosives supplier are key.”

Goncalves underscores the importance of the qualification, particularly as entry barriers for new explosives entrants in South America are prominent, which made doing business in the region more difficult than originally expected.

“Autonomous mining is gaining more traction, as advances in technology continue to be achieved at a staggering pace. Explosives companies, such as AECI Mining Explosives, are continually investing in research and development (R&D) to remain relevant,” Goncalves says.

This focus on technology and R&D also extends to sustainable development as a core value for AECI Mining Explosives, as Goncalves highlights the company’s contributions to sustainable mining practices by seeking solutions for its own and clients’ ‘going green’ initiatives, “be it product development of our intelligent blasting solutions, waste management or environmentally conscious production facilities”, says Goncalves.

“This strategy will continue to differentiate AECI Mining Explosives from regular explosives suppliers. The ongoing development of products and delivery systems for this next phase of mining methods is critical to ensuring that AECI Mining Explosives enables clients to achieve maximum results in an ever-competitive global landscape.”

The biggest opportunities for AECI Mining Explosives exist within mining companies that are seeking value-adding explosives service providers that are less commoditised and can meet their high expectations, particularly in optimising their own operations across the entire mine-to-mill process, which starts with drilling and blasting activities, he concludes.